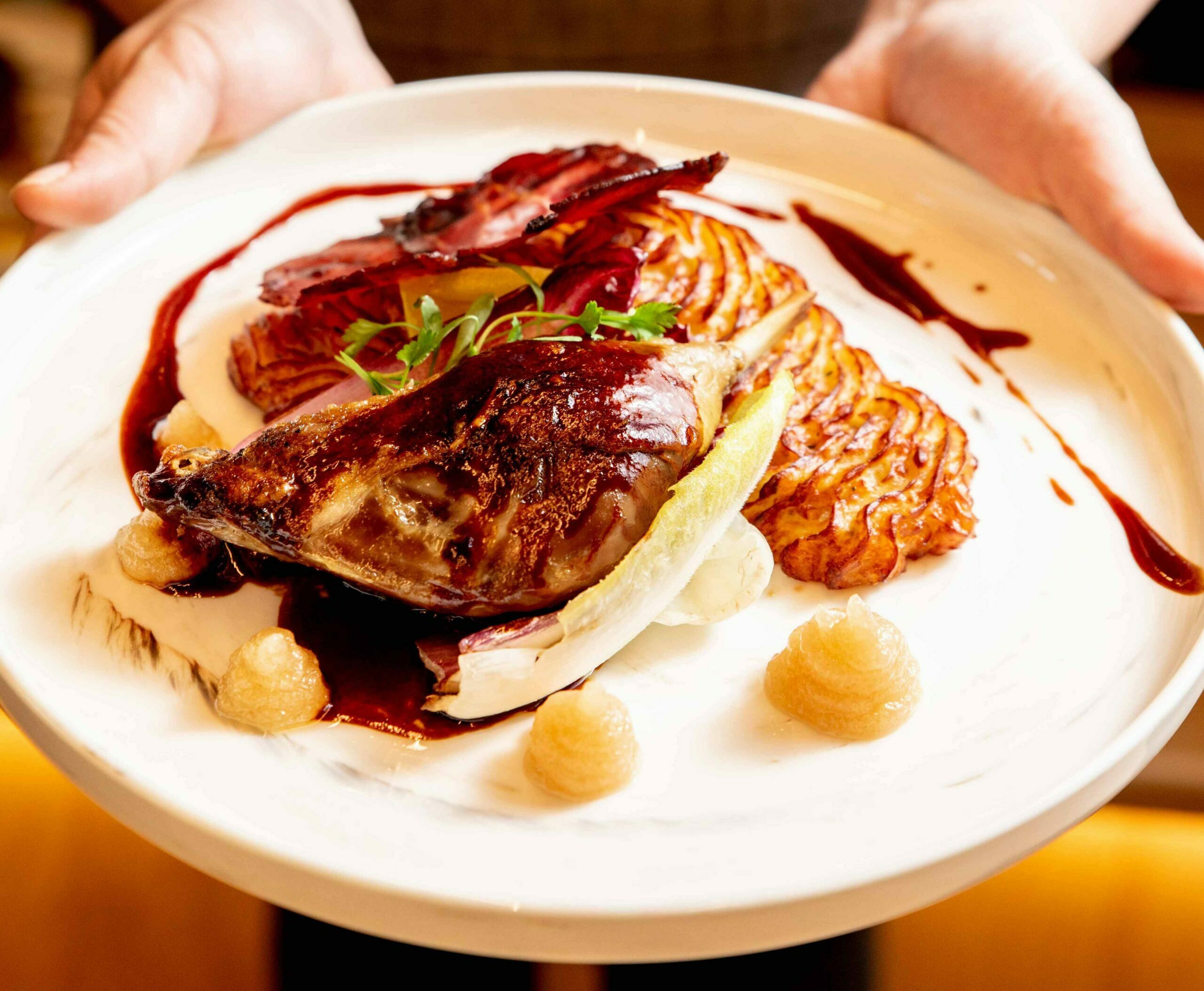 Making a meal of it

No longer seen as the poor cousin to lunch or dinner, breakfast service is rapidly becoming the food service sector’s cash cow for venues willing to put in the effort. By Tracey Porter

The retail food and food service consultant says typically chefs will fall over themselves for any chance to show off their culinary creativity. Yet up until quite recently neither love, money nor a free set of Misono knives was incentive enough to persuade professional chefs to take on an early morning service.

“They just weren’t interested in it. It was more a case of ‘we’ll get a cook to come in and cover the morning’ while the chef concentrated his efforts on lunches, dinners and functions.”

Fortunately, times have changed and increasingly full service and quick service venues are now seeing the creative potential, and profit, in a breakfast service.

While exact figures are hard to come by—the area is considered too niche for business analysts—figures from the United States suggest that as many as four in 10 restaurants currently serve breakfast or are open during breakfast hours.

Gary Burrows, the country manager of online restaurant reservation platform TheFork (formerly Dimmi), says it is a similar situation in Australia where at least half of the 4500 restaurants that utilise the service are open for breakfast.

“Breakfast has edged its way into the cultural fabric of our cities. Eating out for breakfast now has to be one of the biggest trends in Australian dining,” Burrows says, adding that May, September and December had the highest rates for breakfast bookings last year.

Clearly, it’s not just consumers who are benefiting from the move by hospitality venues to open their doors earlier.

Dataessential—a trends analysis group for the American food industry—says the morning daypart has been a prime source of incremental revenue over the past few years, particularly for limited service restaurants, many of which it claims, have notably created or expanded their morning offerings. The group, which conducts triennial surveys of 300 operators and 1000 consumers to get their thoughts on the breakfast segment, discovered operators of convenience stores (CS) and quick service restaurants (QSR), in particular, have witnessed the largest gains in breakfast sales over the past 12 months, with 64 per cent of CSs and 46 per cent of QSRs seeing an increase in revenue from breakfast.

Loughran, the owner of Future Food consultancy, has been involved in the food service industry for nearly 40 years, and says there are three distinct types of breakfast customer: those who take a “grab and go” approach, those who purchase out of necessity and finally those who eat a planned breakfast.

The value in offering a breakfast service that caters to all three is obvious, he says.

But that’s not to say that venues interested in offering a breakfast service can expect to charge unreasonably and maintain a profitable business, he says.

“The average food cost is 26 to 32 per cent for any [food service venue] but food and labour costs have to be controlled on breakfast as well. It’s all about making sure that venues realise that people now put a value on breakfast and if the breakfast doesn’t excite or doesn’t provide food that comforts… [the chances of it being successful are slim].”

Loughran says while each caters to different audiences, high profile breakfast operators such as Melbourne’s The Kettle Black and Middletown, and Sydney’s Higher Ground and Bathers Pavilion have found success in the breakfast space because of three critical elements. “They’re all very well presented, they each understand speed and they get that customers don’t need to get breakfast within 30 seconds of ordering, as long as they have a hot beverage or juice in their hand.”

Other elements critical to the business of breakfast are offering a quality and consistent product, being customer-centric and ensuring your opening hours are reflective of your customers’ lifestyles, Loughran says.

Interestingly, figures from TheFork show 15 per cent of breakfast reservations were made for 9am. The most popular time was 11am with 57 per cent of all breakfast bookings made in 2019 for that time.

However, Loughran says, there’s no point in having your doors open for hours on end if you aren’t providing a considered menu selection.

“Breakfast menus have become a lot more attractive and a lot more sophisticated where [venue operators] may be offering a breakfast burger as well as fusing Japanese breakfast items—yet somehow it all works.

“Give them choice but don’t offer stupid things on a menu that people don’t really enjoy.”

Auvers cafe owner Leo MuRong operates two venues in Darling Square and Sydney’s inner west. Serving breakfasts from 7am each weekday and 8am on the weekends, MuRong’s venues are renowned for their high graded specialty coffees and for offering cafe food with fine-dining elements. His prices range from $6 for soy linseed toast with mixed berry jam to $20 for matcha pancakes with red bean paste, matcha glaze, sponge and raspberry sorbet.

While offering individual menus to satisfy the two different demographics across his venues, MuRong says his cafes also offer a separate menu offering classic breakfast items to cater to more of a corporate crowd.

MuRong says it’s been his experience that weekday breakfast trade is more effective when you offer quick and easy options.

Much of the crowd at this time are only after coffee so it’s quite important to upsell where possible, or offer combos to improve their spend, he says. “Brunch has become a highly competitive market and industry, so the greatest challenge is creating your own trends, being unique in your offerings, and to constantly move with the times. If you’re unable to differentiate your menu from the rest, you can easily become lost in the crowd. It’s all in building a reputation.”

Did You Know Food Production is the Biggest Threat to Nature Today?

Sustainability & Environment
One of our biggest challenges now lies in reforming the global food system to address the climate crisis, while simultaneously ...

What’s the Difference Between Carbon Neutral and Net Zero?

Sustainability & Environment
There are a number of ways in which companies can lessen their impact on the environment, all on the road ...

How to Bring Your Restaurant Menu to Life Through Storytelling

Marketing
Storytelling has become an essential part of marketing your food business — but once you’ve decided which tales to tell, ...

The Impact of Storytelling on Your Food Brand

Marketing
Millennial and Generation Z consumers demand transparency and authenticity to a degree not expected of businesses until recently. Great food ...

7 Reasons Why Social Media is Important For Your Restaurant

Marketing
We outline the seven most compelling reasons to create and maintain enticing and informative social media profiles for your business. ...
Back to Smooth Operations