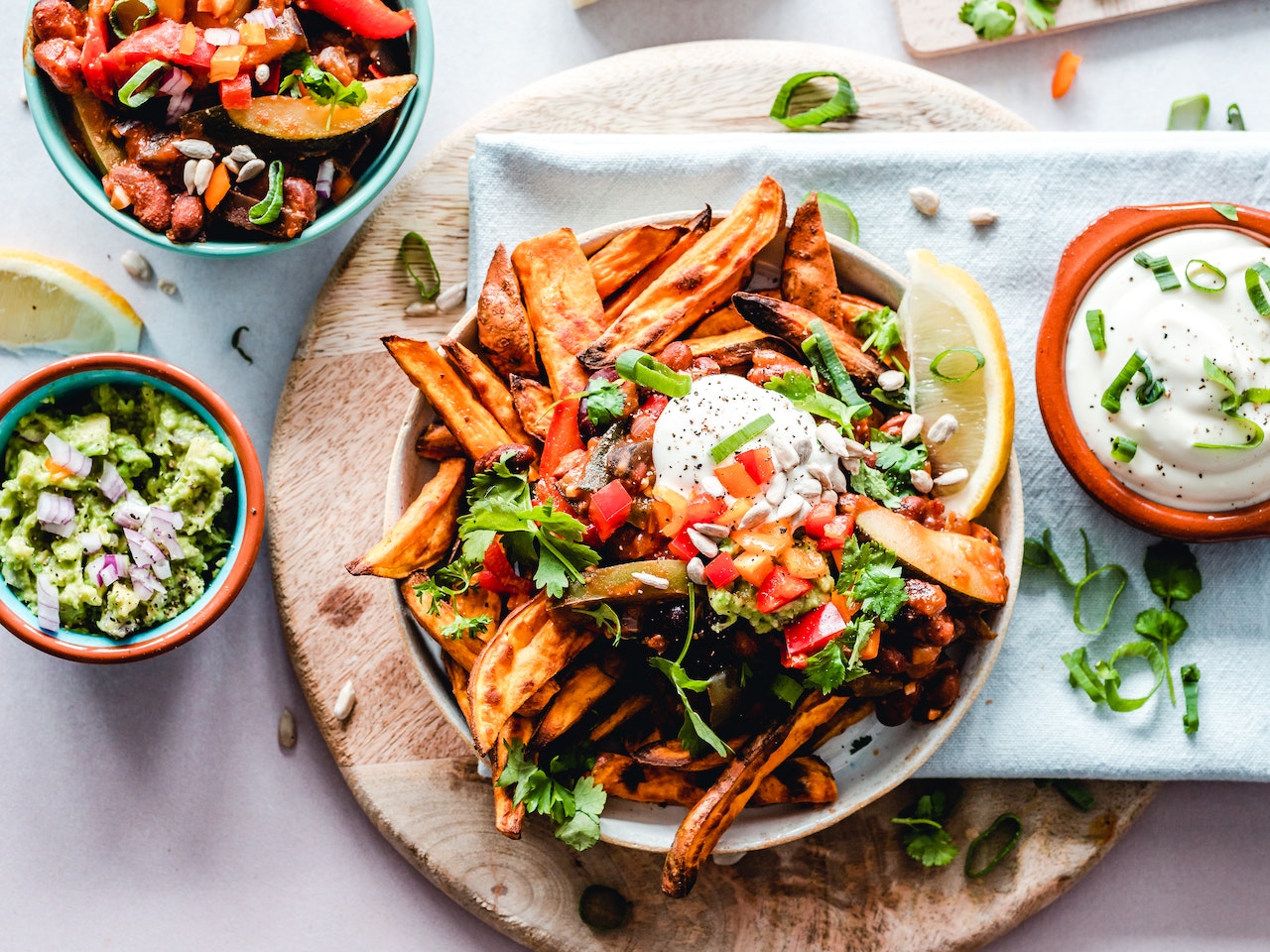 If your menu doesn’t include a considered and creative plant-based offering, it’s time to make a change.

If your menu doesn’t include a considered and creative plant-based offering, it’s time to make a change. In this article, we outline four key reasons why vegan and vegetarian dishes are no longer an afterthought, but a central component of modern menu design.

By far the most pressing reason to offer more plant-based meals on your menu is sustainability. In April 2022, the UN stressed that the only hope of ensuring a “liveable future” is for humanity to halt the rise of planet-warming carbon emissions in under three years, slashing them almost in half within less than a decade. With this urgent change required in order to stand a chance of achieving the goals set in the Paris Agreement, we all have a responsibility to play our part.

As a result, businesses are under increasing pressure — both societal and regulatory — to lower their carbon emissions. The food industry is responsible for a shocking proportion of the climate crisis, and meat production in particular is a big problem when it comes to our planet. One way to work towards a more environmentally-aware operation is by including more plant-based meals on your menu and making sure they appeal to a broad customer base.

Demand for plant-based options is increasing every year in most Western countries. In 2021, a study by the University of Adelaide found that nearly one-fifth (19.8%) of Australians were consciously reducing their meat consumption. In the years between 2008 and 2019, the average amount of meat eaten each day per person in the UK dropped by almost 17%. One report by the EU-funded SMART PROTEIN project showed that Europe’s plant-based food industry grew an astonishing 49% overall in the two-year period from 2018 to 2020.

It’s clear from these figures that plant-based diets are here to stay, making it important for your food business to meet the needs of a growing demographic.

Most of the foods that typically feature in a plant-based diet are cheaper than meat and dairy products, or at least similarly priced. Reducing the size of your meat orders and purchasing more vegetarian and vegan ingredients can save you money. When Forbes spoke to restaurants that had made the switch to 100% vegan menus, they reported increased sales and a boost in social media followings. Many also enjoyed a decrease in food costs.

With plant-based eating on the rise, the chances are that any group of diners will include at least one vegetarian or vegan — meaning you may lose potential group bookings if your plant-based offering isn’t up to scratch. More inclusive menus can appeal to a broader market, including vegans, vegetarians and flexitarians as well as environmentally-aware and health-conscious consumers.

The same applies to dietary restrictions, including food allergies. More vegan options means more choice for those living with egg or dairy allergies, or even those with lactose intolerance (which affects almost 65% of the overall human population!). In addition, many vegan recipes are cholesterol-free and lower in fat than meat dishes, making them suitable for those with heart issues or high cholesterol.

If you’re interested in software that supports you on your sustainability journey, check out Foodprint, our fully automated carbon tracking solution specifically designed to meet the needs of the hospitality and foodservice industry.

To learn how Foodprint can directly benefit your business, click here or drop us a line at info@nutritics.com.

How smarter tech could be the answer to your staffing crisis

Here’s how to make tipping a thing

Sustainability & Environment
If your menu doesn’t include a considered and creative plant-based offering, it’s time to make a change. If your menu ...

Inspiring Ways Businesses are Tackling Food Waste Around the World

Sustainability & Environment
Food waste is a huge issue across the hospitality and foodservice sector. These businesses are finding smart ways to tackle ...

Sustainability & Environment
Learn seven practical ways in which foodservice operators can start managing and reducing their food waste today. Globally, as many ...

How to Encourage More Plant-Based Choices in Your Restaurant

Sustainability & Environment
Demand for plant-based options is increasing every year in most Western countries. For foodservice operators, this offers an opportunity: to ...
Back to Smooth Operations